Hugh Tanchuck was called to serve as an expert witness for in a lawsuit involving poorly installed portico columns. The homeowner won the case, and NSAS was then hired to remove the faulty columns and install new ones.  The challenge of this job was the dangerous removal of the poorly installed columns that sat under the portico that was fully completed on this home. Once removed, the challenge continued as we installing new solid columns with the portico in place. The homeowner watched our every move and when the job was successfully completed the homeowner hugged Hugh in appreciation for a job well done! 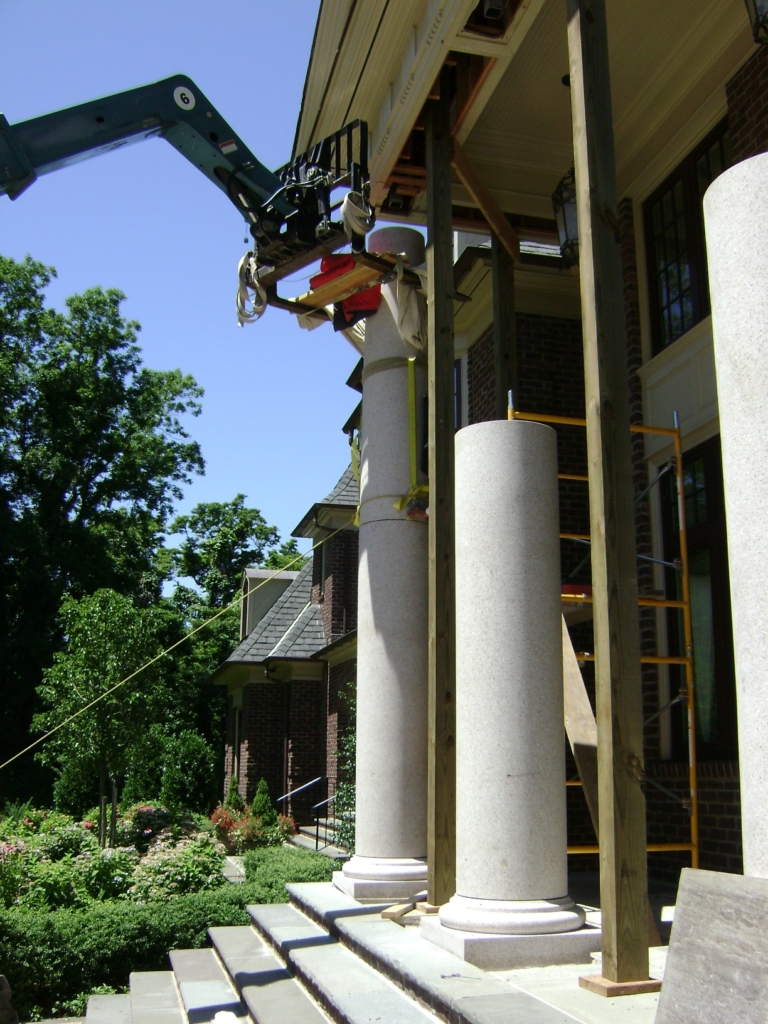 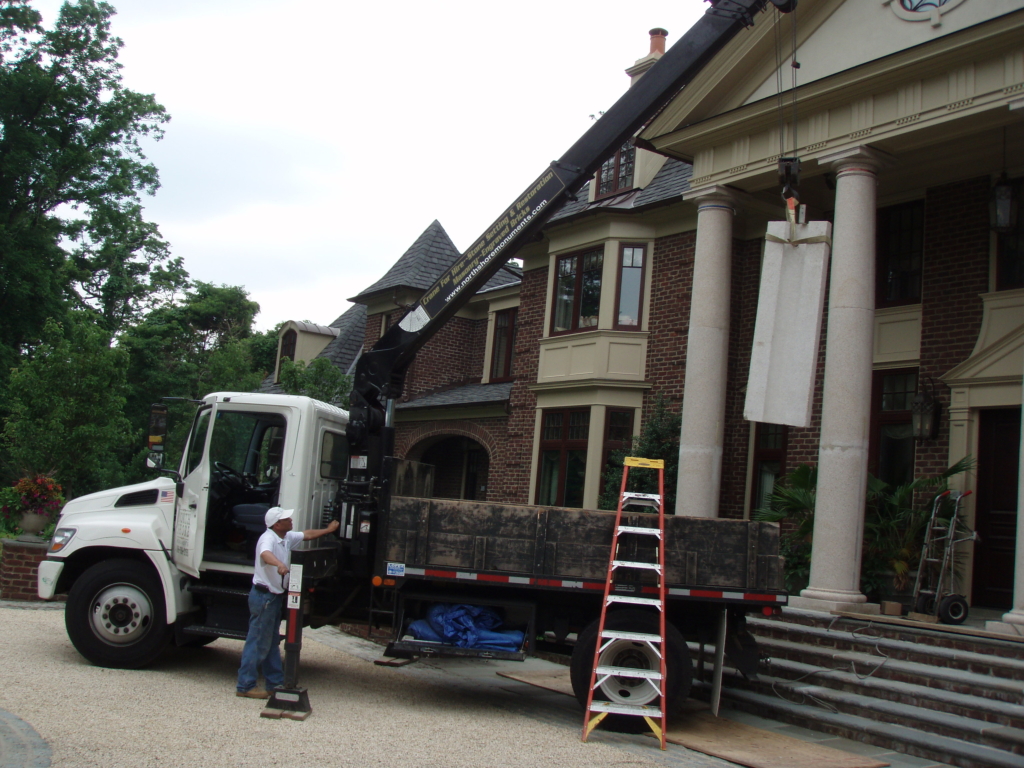 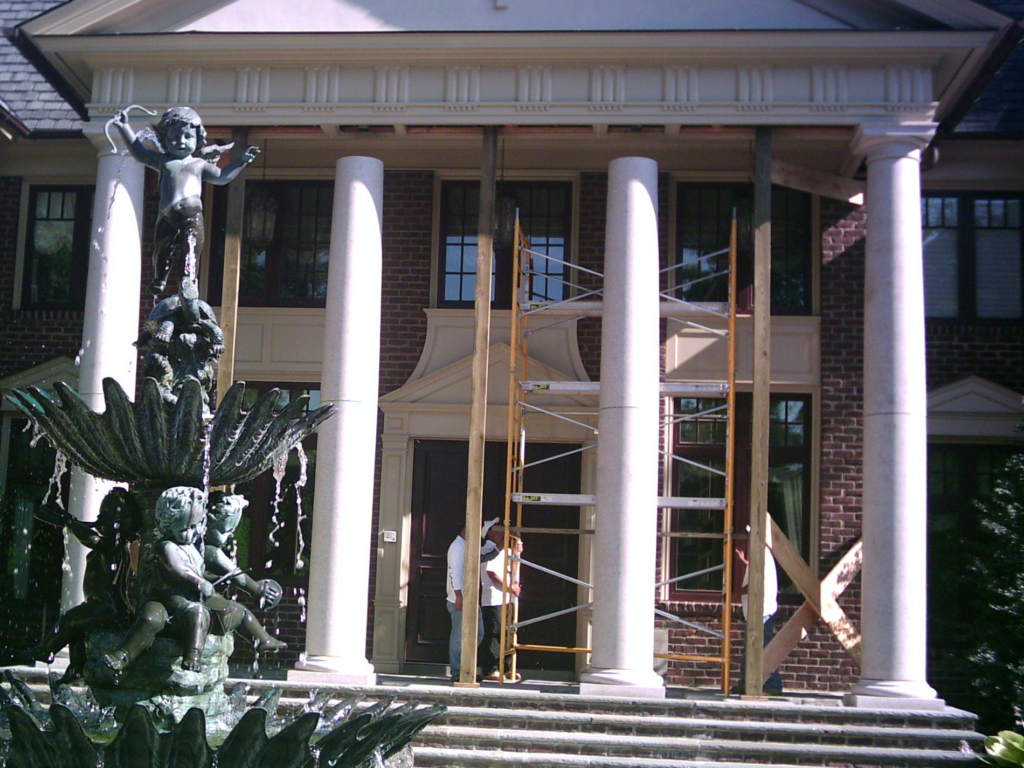